I argue: the legal profession is a they, not an it. They are driven by normative commitments but serve instrumental roles to resist, dismantle, or facilitate authoritarian power in political transition. Specifically, the politically active legal practitioners exhibit two principal roles, on defense and offense, which encompass categorically different goals, strategies, rhetoric and intra- professional dynamics. Shaped by an exogenous political shock, they embody heterogeneous but not necessarily liberal commitments. The divergent political developments in Hong Kong and Taiwan lead to the defensive and assertive mobilization of the bar and bench. When authoritarian rule retreated, as in Taiwan, legal professionals were given the space to take assertive political actions to structure constitutional debates and crusade in a decade-long policy-making to substantiate a variety of normative commitments. Conversely in Hong Kong, when authoritarian rule advanced, the liberal lawyers mobilized to play the defensive roles, safeguarding judicial autonomy in parliament and in professional organizations. Moving onto a transnational perspective, this dissertation also notes how lawyers respond to the expansion of Chinese market. While economic integration moves across borders, jurisdictional boundary still matters as lawyers are agentic actors shaping policies that change or sustain the markets and hence the social structure of the bar. 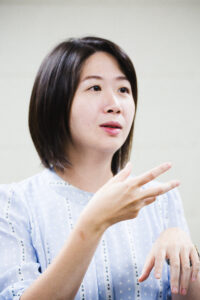